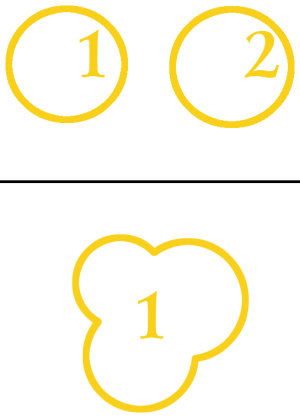 Ambiguous discourse (upper row, circles 1 and 2 are separate) and vague discourse (lower row, one polymorphic form is not disjoint).

Discourse is said to be ambiguous when it encompasses potentially disjoint regions of concept-space.

Discourse is said to be vague if it encompasses a large but contiguous region of concept-space.